Watch the recording here.
Posted by ddoty@mt.gov at 10:18 PM

Watch the recording here.
Posted by ddoty@mt.gov at 10:12 PM

Children with autism are at an increased risk for inflammatory bowel disease (IBD), according to a large survey of electronic medical records1.
IBD includes the painful conditions Crohn’s disease and ulcerative colitis, and is associated with an overactive immune system.
The analysis, based on almost 300,000 children in the United States, reveals that children with autism are 67 percent more likely than typical children to have a diagnosis of IBD. They also are more likely than other children to be prescribed certain medications for their bowel problems.
Numerous studies indicate gastrointestinal (GI) problems are unusually common among people with autism. For example, a 2014 study suggests that children with autism are about four times as likely as other children to have symptoms such as constipation, diarrhea or abdominal discomfort.
The findings suggest that clinicians should consider IBD in children with autism who have these symptoms or show poor growth.
Read more here at Spectrum.

The prevalence of autism in the United States remained relatively stable from 2014 to 2016, according to a new analysis. The results were published 2 January in the Journal of the American Medical Association1.
The researchers report the frequency of autism in the U.S. as 2.24 percent in 2014, 2.41 percent in 2015 and 2.76 percent in 2016, respectively. The new data come from the National Health Interview Survey — a yearly interview in which trained census workers ask tens of thousands of parents about the health of their children. These questions include whether a healthcare professional has ever told them that their child has autism.
Autism’s reported prevalence in the U.S. has climbed steadily in the past few decades. Researchers attribute most of this increase to changes in how the prevalence is measured, increased awareness of the condition and shifts in the criteria for diagnosing autism.
Reports of autism prevalence worldwide seem to be converging at 2 to 3 percent, says Young Shin Kim, associate professor of psychiatry at the University of California, San Francisco, who was not involved in the study.
The new rates jibe with those that emerged from a 2011 prevalence study in South Korea. That study showed that about 2.64 percent of children in one school district have autism.
“I think we are saturating,” says Kim, who led that study. “Whatever study method you are using, it will be leveling off at that point.”
Read more here at Spectrum.

France faces down its outdated notions about autism

France lags about four decades behind countries such as the United States and the United Kingdom when it comes to diagnosing and treating autism, says Danièle Langloys, president of the advocacy group Autisme France. Like Sajidi, many young people with autism are not identified early, when they stand to benefit the most from behavioral therapies — although rates of early diagnosis have improved over the past decade. Some people with the condition are never identified. One 2015 study pegs the prevalence of autism in France at 0.36 percent, well below the 1 percent reported in the U.K. and roughly 2.5 percent reported in the U.S. Among children who are diagnosed with autism, only about one in five attends a mainstream school.

Read more here at Spectrum.
Posted by ddoty@mt.gov at 5:13 PM

An estimated 50,000 Americans with autism turn 18 every year. Could these autistic adults be successful in cybersecurity roles? By failing to incorporate those with neurodiversity in our training and recruiting initiatives, are we making a crucial mistake? Join us to hear from those who are actively working in the field to design programs that work for employers and help autistic adults get to work. This webinar will inform participants of research efforts and corporate initiatives to increase the participation of autistic adults in the workforce. Specific attention will be paid to jobs and skills appropriate to the cybersecurity workforce.

This webinar was recorded. The recording can be found here .
The PowerPoint slides used during the webinar can be downloaded here .
Posted by ddoty@mt.gov at 5:00 PM 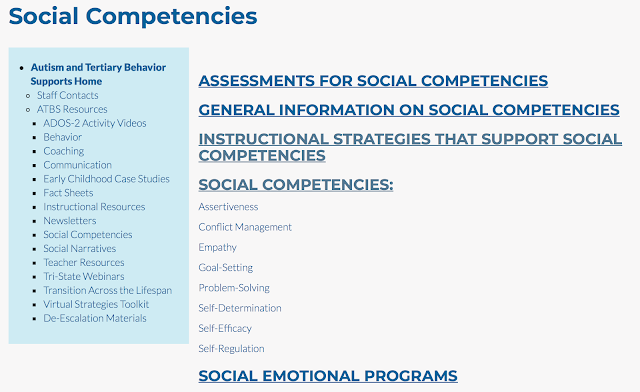 View the resources here.
Posted by ddoty@mt.gov at 4:33 PM

Why don’t we have better drugs for autism?

Clinical trials for autism drugs have been plagued with problems: bad design, the wrong measures, too broad a range of participants. All that is finally starting to change.

In the case of autism, too, few drugs have proven effective in trials, and several have failed due to poor design. Just two drugs, risperidone and aripiprazole, are approved by the U.S. Food and Drug Administration (FDA) for autism and are intended to relieve irritability. A few others treat attention deficit hyperactivity disorder and epilepsy, which often accompany autism. But none have passed muster for treating the condition’s core social impairments or repetitive behaviors.

Read more here at Spectrum.
Posted by ddoty@mt.gov at 4:25 PM

The loss of abilities that besets some toddlers with autism is probably less sudden and more common than anyone thought.


One of the oldest ideas in autism — as old as the naming of the condition itself — is that it comes in two forms: one present from birth, and one that abruptly emerges in toddlerhood. The latter type, or so the idea goes, announces itself through a rapid loss of skills.
In this classic picture of ‘regression,’ a talkative, curious 2-year-old suddenly withdraws. He grows indifferent to the sound of his name. He begins to speak less than before or stops entirely. He turns from playing with people to playing with things, from exploring many objects and activities to obsessing over a few. He loses many of the skills he had mastered and starts to rock, spin, walk on his toes or flap his hands. It’s often at this point that his terrified parents seek answers from experts.
Today, Ozonoff, professor of psychiatry and behavioral sciences at the University of California, Davis MIND Institute, is one of a growing cohort of researchers who say the simple split between regressive and non-regressive autism is almost certainly wrong. Their proposal, which has gained momentum over the past 15 years, is that researchers and clinicians should retire the division for good.
“I think most kids with autism lose some skills, but how many they lose — and when they lose and what they lose — varies across kids,” says Catherine Lord, director of the Center for Autism and the Developing Brain at New York-Presbyterian Hospital in New York City. “I think classifying them as regressive or non-regressive is a waste of time and a misnomer.”
Read more here at Spectrum.

Jed Baker, PhD. comes to Great Falls to share his vast expertise in “Managing Frustration & Anxiety and Teaching Social Skills.” Individuals on the autism spectrum and those with behavioral challenges often have difficulty regulating their feelings and interacting socially. This autism conference describes how to help individuals and their caregivers handle meltdowns and design effective plans to prevent frustration and anxiety. It will also detail effective social skills training strategies for all individuals and review some common skills needed for young adults, including the realm of sexuality and dating.

February 12-13, 2018 (9:00AM to 4:30PM)Check & Connect is a comprehensive Tier 2 and/or 3 intervention designed to enhance student engagement at school and with learning for marginalized, disengaged students in grades K-12, through relationship building, problem solving and persistence. Signs of disengagement can include poor attendance, tardies, poor grades, non-involvement in class, extracurricular activities, etc. It is a research based intervention for dropout prevention.This structured mentoring program where the adult mentor meets with the student weekly for about a half hour.  At this meeting, the mentor has brought gathered data (grades, attendance, tardies, office discipline referrals) and discusses them with the student.  The mentor teaches needed skills such as goal setting, problem solving, and/or organization, depending on the student’s need.  The idea is to build needed skills for the student to be successful in whatever they choose.  The mentor connects with family so they can also become engaged in the child’s learning.

January 26-27, 2018 (8:00AM to 4:00PM)The Mandt System builds on skill development through a system of gradual and graded alternatives for deescalating and assisting people using a combination of interpersonal communication skills, conflictresolution strategies and physical interaction techniques.  The goal is to assist others in managing themselves and the safety of all involved through skillful and nonphysical means. Physical strategies are also taught to provide additional “least restrictive” options in the event the person poses a clear threat of substantial harm to self or others if physically unassisted.  The focus of The Mandt System is primarily on prevention.Informational Flyer LINKRegistration LINK
Posted by ddoty@mt.gov at 6:19 PM

January 22, 2018MSUB College of Education, Room 122 (9:00AM to 4:30PM)OPI Renewal Units availableCost is freeCheck-In, Check-Out, (CICO), is a Tier II, group-oriented intervention, designed especially for students whose problem behaviors (a) are unresponsive to Tier I practice and systems, (b) do not require more immediate individualized interventions, and (c) are observed across multiple settings or contexts. Because CICO is a group-based, standardized intervention, it is efficient and cost-effective. For example, the program can accommodate a number of students (e.g., up to thirty), and students can enter the program within a few days following referral. CICO also provides a built-in system for (a) monitoring students’ progress in the program, (b) evaluating the fidelity of implementation, and (c) transitioning to a self-managed program.Informational Flyer LINKTo register or for more information: contact Denise DesJarlais at ddesjarlais@mt.gov
Posted by ddoty@mt.gov at 6:17 PM

The purpose of this workshop is to empower school staff with skills and strategies to more effectively work through tough situations and come to an agreement on next steps. There is much conflict that occurs during the team approach to special education and this will be the foundation of the examples and strategies presented. Presenters: David Bateman and Jenifer Cline