They will provide an overview of the many challenges associated with sexuality and sexuality education for those with autism spectrum disorder (ASD) and offer recommendations as to the role individuals with autism, their families, and the professionals who support them need to play in this complex and important area of adult life.


View the webinar here.
Posted by ddoty@mt.gov at 8:32 AM 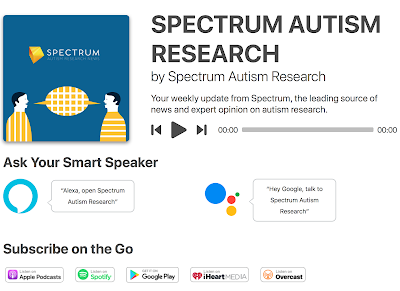 Listen to playback of this live Q&A as Lauren Moskowitz discusses self-injury and other challenging behaviors. T

A blood test for autism? Not so fast, experts say

A new study suggests that its results could lead to a simple test for some children with autism, but statisticians say the test — even if validated — could not be used to screen for autism in the general population.
The study, published Thursday in Biological Psychiatry, says about 17 percent of children with autism have unusual proportions of amino acids — the building blocks of proteins — in their blood1. A test that looks for these molecules correctly identifies nearly 94 percent of this subgroup of children.
However, those results only hold because of the study’s statistical design, experts say. In the general population, the test’s accuracy would be less than 8 percent.
Read more here at Spectrum.
Posted by ddoty@mt.gov at 10:58 AM 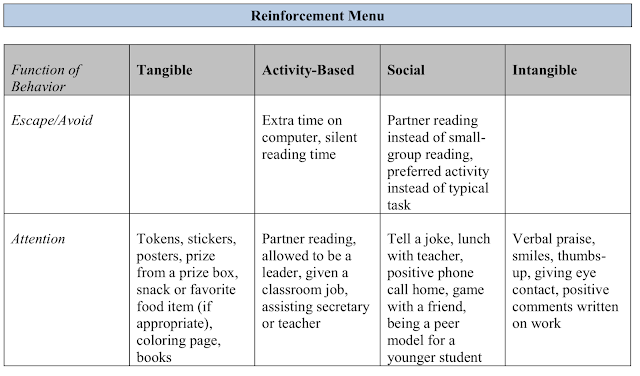 Find good descriptions and examples of other reinforcement strategies here.


This video defines and gives examples of different types of reinforcers. The video also describes the proper way to deliver reinforcers and provides suggestions to ensure that reinforcers maintain their interest to the child.

The 411 on Disability Disclosure: A Workbook for Youth with Disabilities

This workbook is designed for youth and adults working with them to learn about disability disclosure and help them make informed decisions about whether or not to disclose their disability and understand by considering how that decision may impact their education, employment, and social lives. Based on the premise that disclosure is a very personal decision to be made by young people themselves, the workbook helps young people think about and practice disclosing their disability.
Download the PDF.
Posted by ddoty@mt.gov at 10:28 AM

Research adds heft to link between autism and obesity

Nearly half of American children with autism aged 10 to 17 are overweight or obese, compared with less than one-third of their typically developing peers, according to a new study1. And those with the most severe autism features appear to be at the greatest risk of being obese.
After controlling for race, ethnicity, income, age and sex, the researchers estimate that children with autism have 1.48 times the odds of being overweight, and 1.49 times the odds of being obese, compared with their typical peers.
Among autistic children, those with severe autism traits — based on parent reports — are more than three times as likely to be obese as those with milder traits. This subset of children may be at increased risk of obesity because they tend to be less active and have more restricted diets than other autistic children
Read more here at Spectrum.
Posted by ddoty@mt.gov at 10:05 AM 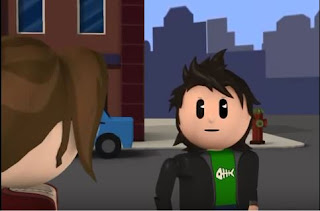 Posted by Anonymous at 3:30 PM

A major obstacle in autism research has been the lack of a valid means of measuring the effectiveness of various treatments. Over the years, researchers have published hundreds of studies attempting to evaluate different biomedical and psycho-educational interventions intended to benefit autistic children.

Much of this research has produced inconclusive or, worse, misleading results, because there are no useful tests or scales designed to measure treatment effectiveness. Lacking such a scale, researchers have resorted to using scales such as the Childhood Autism Rating Scale (CARS), the Gilliam Autism Rating Scale (GARS), or the Autism Behavior Checklist (ABC), all of which were designed to diagnose autism- to tell whether or not a child is autistic--and not to measure treatment effectiveness.

The Autism Treatment Evaluation Checklist (ATEC) was developed by Bernard Rimland and Stephen M. Edelson of the Autism Research Institute, to fill this need.

The ATEC is a one-page form designed to be completed by parents, teachers, or caretakers. It consists of 4 subtests:
I. Speech/Language Communication (14 items);
II. Sociability (20 items);
III. Sensory/ Cognitive Awareness (18 items); and
IV. Health/Physical/Behavior (25 items).

Read more here at the Autism Research Institute.
Posted by ddoty@mt.gov at 10:27 AM

Some conditions tend to accompany autism in pairs

The findings come from a large study of autistic children aged 17 months to 17 years who visited a network of autism clinics in the United States between 2010 and 20161. The researchers analyzed how often any of 12 conditions that commonly affect people with autism occur together in these individuals.

Read more here at Spectrum.
Posted by ddoty@mt.gov at 10:17 AM

An electrical brain implant all but erased the obsessions that had consumed Becky Audette, years after her autism diagnosis. Could similar implants help other people with severe autism?

Read more here at Spectrum.
Posted by ddoty@mt.gov at 10:15 AM

Sexuality is a natural part life for all people. However, people with developmental disabilities, family members, and professionals often feel unprepared to discuss this subject with each other. This webinar explains why it is important for people, parents, and families to talk about sexuality and healthy intimate relationships.

View the webinar here at The Arc.
Posted by ddoty@mt.gov at 2:33 PM

What is Applied Behavior Analysis?

Behavior analysis focuses on the principles that explain how learning takes place. Positive reinforcement is one such principle. When a behavior is followed by some sort of reward, the behavior is more likely to be repeated. Through decades of research, the field of behavior analysis has developed many techniques for increasing useful behaviors and reducing those that may cause harm or interfere with learning.
Applied behavior analysis (ABA) is the use of these techniques and principles to bring about meaningful and positive change in behavior.
Read more here at Autism Speaks.
Find a guide to ABA here.
Posted by ddoty@mt.gov at 2:30 PM

The lore about autism is that prevalence rates are rising — leading many people to call it, misleadingly, an ‘epidemic.’ Even among scientists, many assume that the largest prevalence estimates are the most accurate.
But epidemiologists know that the prevalence depends greatly on the methods used in the study.
In January, for example, the National Health Interview Survey in the United States reported an autism prevalence of 2.76 percent in 2016, up slightly from 2.24 percent in 2014. However, a 2014 survey of 8-year-olds by the U.S. Centers for Disease Control and Prevention (CDC) reported a lower prevalence, at 1.69 percent. And preliminary data from a 2012 survey of 8-year-olds in South Carolina suggested a higher estimate: 3.6 percent.
What may not be obvious is that these studies varied greatly in their design, which contributed to the varying estimates of prevalence, says Eric Fombonne, professor of pediatrics at Oregon Health and Science University.
We asked Fombonne about how a study’s design influences prevalence — and in many cases, inflates the estimates.
Read more here at Spectrum.
Posted by ddoty@mt.gov at 2:07 PM

Cost:
This is a free event.

What the Conference Will Cover:
Read more and register here.
Posted by ddoty@mt.gov at 2:04 PM

Recorded Webinar - Assistive Technology: What It Is & How to Use It

This webinar with Elizabeth Barry and Tina Hanson from the PACER's Simon Technology center describes the fundamentals of AT, and how to incorporate them into your child's life to enhance learning and creativity.

View the webinar here.
Posted by ddoty@mt.gov at 2:00 PM

This webinar with Scott McNamara, PhD, gives participants a chance to learn about adapted physical education (APE) and why it is important for students with disabilities to receive APE services. The webinar covers a variety of APE subjects, including: a review of some of federal laws that define and mandate APE; how to effectively advocate for services; and how assistive technology can positively impact services. Mr. McNamara also discusses a variety of assistive technology devices for a wide range of disabilities, and how to use them. For example, he presents on apps specially designed to help students with disabilities be active, the use of communication devices to communicate effectively in a physical education setting, and the use of specially designed equipment for specific sports

View the webinar here.
Posted by ddoty@mt.gov at 1:52 PM

Do You See What I See? The Perception of Bullying in Male Adolescents with Autism Spectrum Disorder 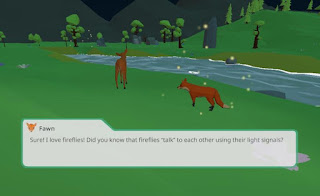 A new game developed by Carnegie Mellon University students is helping elementary schoolers understand what life is like for kids on the autism spectrum.
Created by the university’s Entertainment Technology Center, Prism uses its animal characters as allegories for the challenges those with autism face.
The game begins in a lush, 3-D forest teeming with animals and scored with whimsical music. Players take on a fox character, and to save your home from a flood, you must work with the other animals to build a dam across the river.
Because foxes are nocturnal animals, parts of the game set during daylight are designed to be overwhelming, Daniel Wolpow, a graduate student at the center and the game’s writer and producer, said. 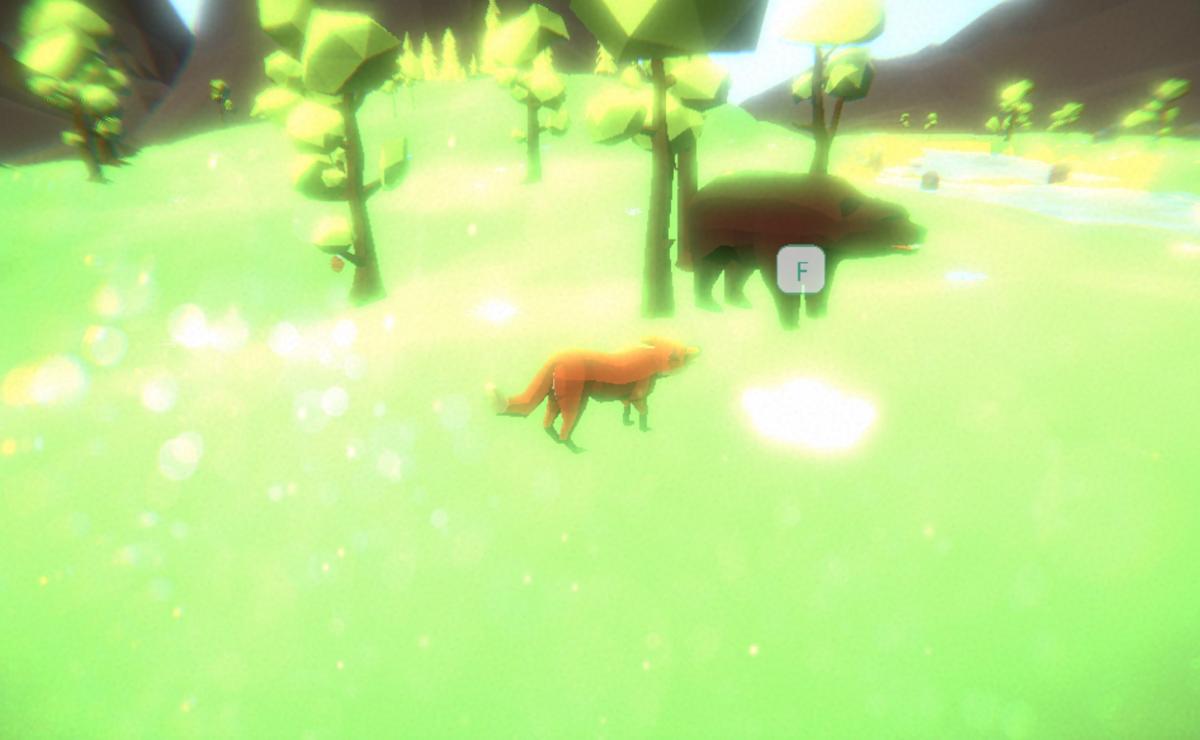 When things become overwhelming in the daylight, players can press F to howl.
CREDIT ENTERTAINMENT TECHNOLOGY CENTER / CARNEGIE MELLON UNIVERSITY
At certain points, the screen fills with light and the music becomes distorted, but players can soothe themselves by howling. Wolpow said this situation represents how people with autism can cope with sensory overload.
Read more here at WESA.

Expanding Your Toolbox: How to Integrate the Zones of Regulation Across School Settings

Description:
This training will provide strategies on how to integrate the Zones of Regulation within the classroom and school environment in connection with developing regulation tools to help guide a student’s self-regulation skills. Participants will be provided hands on materials and guidance on how to expand Zones of Regulation daily within their instructional practice to best support student’s social and emotional needs.
Posted by ddoty@mt.gov at 8:34 PM

An NPR investigation of Brain Balance reveals a company whose promises have resonated with parents averse to medication. But Brain Balance also appears to have overstated the scientific evidence in its messaging to families, who can easily spend over $10,000 in six months, a common length of enrollment.

Nearly 1 in 5 autistic young adults have history of depression: study

Depression affects almost 20 percent of young adults with autism, new research shows, a rate that's more than triple that seen in the general population.
And young adults with autism who were relatively high-functioning -- meaning they did not have intellectual disabilities -- were actually at higher risk of depression than people with more severe forms of autism, British researchers found.
Read more here.
Posted by ddoty@mt.gov at 8:14 PM

Dr. Susan Hyman, a developmental and behavioral pediatrician at University of Rochester, discussed "Diet and Autism" in this webinar recorded on July 25, 2018.

View the recorded webinar here.
Posted by ddoty@mt.gov at 8:06 PM

This webinar covered the following topics: