How To Use Time Delay - A Guide 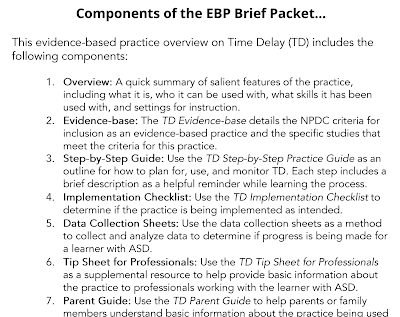 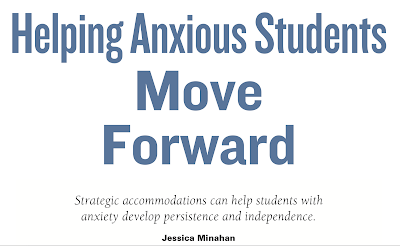 View the webinar here.
Posted by ddoty@mt.gov at 10:13 AM

Video modeling—using a video to teach and learn new skills—is an evidence-based practice for students with unique learning needs. Easy to implement with readily available technology, video modeling as a classroom strategy can be beneficial for multiple learning styles, ages and ability levels. Who among us hasn’t turned to YouTube tutorials to learn everything from fixing a small appliance to operating our new phone? When teachers use videos in their classrooms, students’ interest levels are automatically piqued.
In this webinar you’ll learn:• Why intentionally teaching social skills to all students is important• How to incorporate video modeling into your teaching repertoire• Practical strategies and technology tools to help make video modeling easyActual video clips and sample video models used for student intervention will be showcased, demonstrating just how effective—and fun—video modeling can be.


Watch the webinar here.
Posted by ddoty@mt.gov at 8:15 AM

(If you register for Billings on March 27/28 the post-registration screen and email will still show Sidney as the location. Ignore that and go to Billings.)
Posted by ddoty@mt.gov at 2:12 PM

Movin’ on in Montana Club

Movin’ On in Montana Club is a new project working in collaboration with the summer program to create more opportunities for students with disabilities to explore post-secondary education. The club will run from January, 2019 to August, 2019. Eligible students may participate in both the club and the summer program.What will students do in the Movin’ On in Montana Club?
Find more information here.
Posted by ddoty@mt.gov at 11:30 AM

Use Music to Reduce Vocal Stereotypy in Individuals with Autism

Ashley Fetters’ recent Atlantic essay about the “problem” with weighted blankets as last year’s hot holiday trend felt like a reminder. A reminder that I’ll never be part of the “meditation-app-using, Instagram-shopping masses” Fetters’ piece bemoans, regardless of whether I actually use Instagram or meditation apps. Why? Because to Fetters, I’m “special.” Actually, I’m not just “special.” I have “special needs.” And I am, by her essay’s reckoning, under attack. Because nondisabled people are buying weighted blankets, I am having my “special needs” culturally appropriated.
As an autistic person, did I ask for this defense? No. But I sure got it. Fetters’ piece traces how weighted blankets went from a product primarily crafted for and used by autistic people to their new mass-market life as “blankets that ease anxiety.” She points to the Gravity Blanket brand and its almost–$5 million Kickstarter haul in 2017 as a turning point. To some longtime blanket producers, Fetters contends, “the Gravity Blanket and many of its new contemporaries sounds more like a story of appropriation—a story about the sale of the special-needs community’s promise of life-changing comfort to the”—wait for it!—“Instagram-shopping masses.”
Read more here at Slate.
Posted by ddoty@mt.gov at 11:22 AM 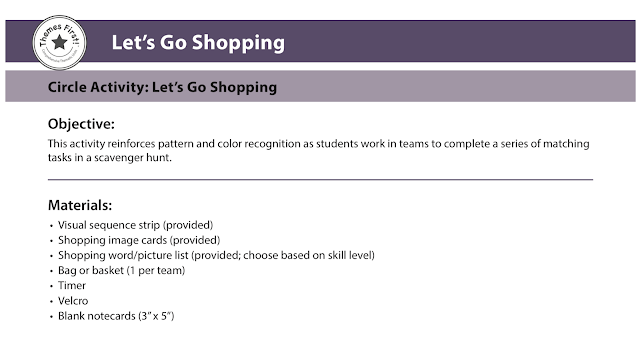 Learn more here.
Posted by ddoty@mt.gov at 9:22 AM 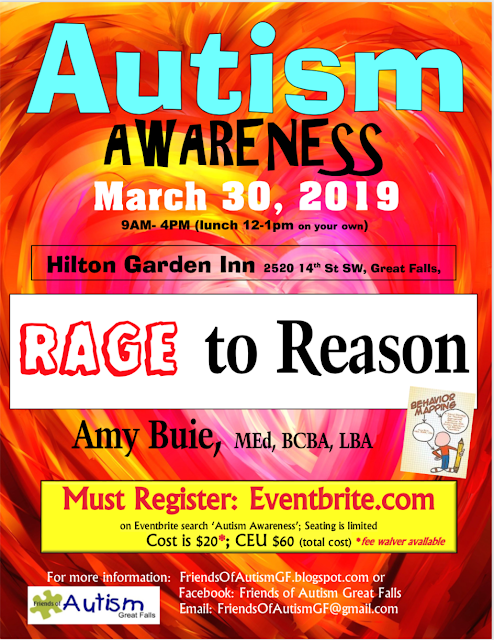 Winter/Spring Classes 2019
Is your child or teen …
*Struggling in social situations?
*Having difficulty interacting with peers?
*Having trouble understanding and responding to non-verbal cues?

Catch the cues in our classes starting February 19th!
Classes are offered for elementary, middle school, and high school individuals with solid cognitive and language skills who are struggling in social situations. Small groups rich in social learning (and fun!) help individuals learn how to be part of a group and share space with others.

TBA -  Girls Group ages 11-13.  Seeking girls interested in participating in a social interaction class.  Class will be organized based on interest.

We strive to group children according to their social interaction style.  Class ages associated with the times above may vary depending on enrollment and each student’s individual communication style.

Register online at cuesclub.org or contact Chris Caniglia at 461-2853
Posted by ddoty@mt.gov at 7:33 AM

This artilce also appeared in the 2018, Volume 32, No. 3 issue of ARI's Autism Research Review International newsletter.
Children with food, respiratory, or skin allergies are significantly more likely to have an autism spectrum disorder (ASD) than children without allergies, according to a new study that adds to evidence implicating immune dysfunction in autism.
In the study, Guifeng Xu and colleagues reviewed data collected by the U.S. National Health Interview Survey between 1997 and 2016. Their analysis included nearly 200,000 children between 3 years and 17 years of age. Of these, 1,868 had an ASD diagnosis.
The researchers report that children with ASD were more likely to have food allergies (11.25% vs. 4.25%), respiratory allergies (18.73% vs. 12.08%), and skin allergies (16.81% vs. 9.84%) than children without ASD. The likelihood of having ASD more than doubled among children with food allergies compared to those without food allergies. Skin and respiratory allergies were also associated with elevated odds of having an ASD diagnosis, although to a lesser degree.
The researchers note, “The association between food allergy and ASD was consistent and significant in all age, sex, and racial/ ethnic subgroups.” However, boys with ASD were more likely than girls with ASD to have respiratory and skin allergies.

Oppositional, Defiant & Disruptive Children and Adolescents: Non-medication Approaches to the Most Challenging Behaviors

PLEASE NOTE: This is not an OPI-sponsored workshop and the registration fee is $200. The OPI will not be providing scholarships for this training.

You will walk away with immediate strategies for out of control behaviors and techniques for emotional regulation along with long-term treatment strategies to help kids at home and school. Jennifer Wilke-Deaton is a clinical expert and has worked with the most challenging kids both in clinical and school settings. Through the use of case studies and action oriented handouts, you will leave this seminar with solutions to turn your most challenging kids around.

Find more information and register here.
Posted by ddoty@mt.gov at 11:35 AM

AAC & Proloquo2Go: How to Program for a Better Implementation and Outcome!

What is “best practice” for use of AAC with a student? Attendees will receive  information to confidently help individuals who rely on AAC. This session will provide attendees with the opportunity to learn the “ins and outs” of the iOS app, “Proloquo2Go” from www.assistiveware.com. Participants will learn to navigate the app, discover new features and practice programming the app in a way that is salient. The group will review case studies and talk about specific student’s needs. Julie will share teaching strategies so interactions with AAC/Proloquo2Go are enjoyable for the student, the family,  instructor and staff

Julie has been a nationally certified and state licensed Speech Language Pathologist (SLP) for 16 years and she currently works for the Confederated Salish & Kootenai Tribes of the Flathead Reservation Tribal Health. She serves all ages of patients, but works primarily with children attending Head Start preschool centers. Julie has worked as an SLP in public schools, private practice, rehab settings, and most recently at the University of Montana where she worked for the state assistive technology program, MonTECH, and the Department of Speech, Language, and Hearing Sciences. In that position her focus was on Augmentative Alternative Communication. Julie has been working with the Proloquo2Go app since 2012.

Core set of autism traits shows up in diverse cultures

Some autism traits look the same across cultures, and they could form the basis of a global screening tool, a new study suggests1. Other traits, however, are specific to particular cultures, and this must be accounted for when designing autism screens and diagnostic tools.
Autism often goes undiagnosed in some countries, giving an artificially low estimate of prevalence. Most screening and diagnostic tests for the condition were developed in Europe and North America, and are based on Western cultural norms. But caregivers in non-Western settings may have different expectations of how children should behave, and children may be unfamiliar with cultural references in the tests.
In rural South Africa, for example, children are unaccustomed to singing “Happy Birthday” and blowing out candles on a cake — an activity they are asked to pretend to do when completing the Autism Diagnostic Observation Schedule. And a 2011 study suggests that Japanese parents often perceive a child’s disinterest in peers as shyness or modesty, valued traits in that culture rather than a red flag for autism2.
The new study examines which items on the Autism Spectrum Quotient (AQ) — a 50-item questionnaire that caregivers complete — best distinguish children with autism in three countries from their typical peers. Overall, 28 items proved at least ‘acceptable’ for identifying autism in all of the countries, and 5 are ‘excellent,’ the researchers found.
Read more here at Spectrum.

Take the Autism Quotient here.
Posted by ddoty@mt.gov at 8:56 AM